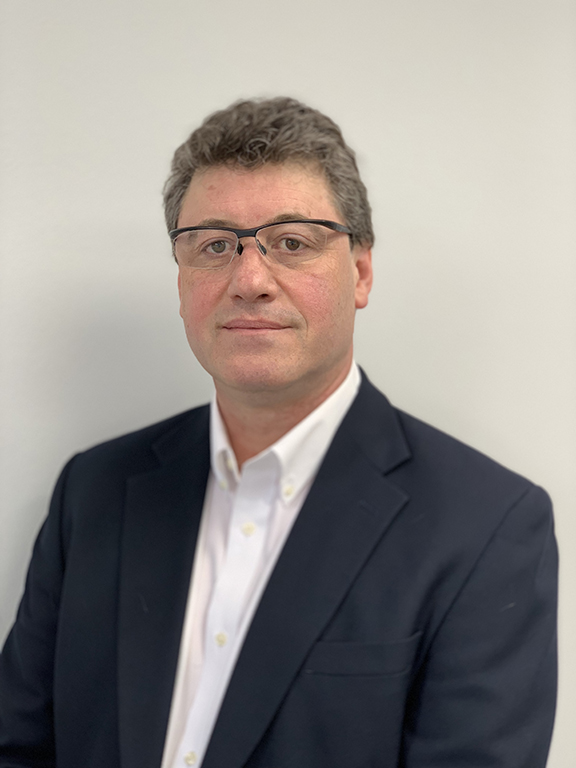 Jon Muller brings over 20 years analytical and management experience since earning his degree in Economics from the University of Iowa.  Jon worked for 5 years at the Legislative Fiscal Bureau, specializing in economic modeling, state and local tax analysis, and revenue estimating.  Jon was then named Director of Research for the Iowa Farm Bureau Federation, again focusing on local tax issues and economic development, including the delivery of comprehensive study of the impact of all State and local taxes on Iowa farm families.  In 1998, Governor-Elect Tom Vilsack appointed Jon to serve as Transition Team Budget Director to lead the creation of the administration’s first budget.  Starting in 2001, Jon created Muller Consulting, a public policy and business development consulting firm, covering issues such as health insurance, energy, education, and finance for various not-for profits.  The Iowa Association of School Boards hired Jon full-time starting in 2004, where he served in various roles from developing assessment analysis software to business development and school energy issues to finally serving as Chief Financial Officer of the Association and President of their for-profit subsidiary.  In 2009, Jon was selected as a VP of Operations for The Princeton Review in Framingham, MA.  In 2010, Jon worked with a group of executives to buy out a division of The Princeton Review, and was a founding Partner and CFO of Higher Education Partners, LLC, where he worked with Community Colleges across the country to expand facilities and online offerings, principally in socio-economically disadvantaged communities.  Jon has served on various boards and commissions in Iowa, including the Iowa Railway Finance Authority, and the Governor’s Council of Economic Advisers under two administrations.  Jon came home to Iowa in 2012, and joined Iowa School Finance Information Services (ISFIS) as a full-time Partner in 2012, focusing on business development.  Jon retired from his full-time role as ISFIS partner during 2020, but continues to lend his expertise in a consulting role on various projects.

ISFIS partners have decades of experience working with schools, in public policy, and data analysis. We’re here to share our experience and expertise with Iowa public schools through our mission to help schools elevate their output while lightening their workload. Learn more about ISFIS and what we do for Iowa schools.